Meher Baba on Independence on 4 September 1931,

“Baba remarked, “If Gandhi comes to meet me, it would be very good for him and good for all concerned.”

About the Round Table Conference, Baba explained to Chanji and Rustom:

Even Gandhi will have no influence there, in spite of his presence. He should have gone at first with other representatives who, in a wavering mood, left for Multan; but at that time, Gandhi hesitated on account of certain grievances. Then he suddenly agreed to participate in the conference, though most of their grievances were not redressed.

The point is that once Gandhi refused to join in the conference on certain grounds, he ought to have refused to the end. He should not have suddenly consented to take part in it unless and until all his grievances were redressed and removed, and he should have stayed in India. But being inconsistent, he consented to attend the conference at the eleventh hour. He has lost his prestige and now he won’t succeed there. At the Round Table Conference, differences of opinion will prevail among the parties and no one will agree, and Gandhi’s influence will not make a difference. His influence will be ineffectual.

In reply, Baba spelled out:

Gandhi’s influence has already waned. He wants to keep every party pleased and there[in] lies his weakness. How could he keep everybody pleased when they all are opposed to one another and have conflicting views, extremely opposite to each other?

In India, the many political parties and creeds all have one common aim: to attain independence. But there is not a single party among them who can come to terms with another party about details. Even the [Indian National] Congress, the party considered strongest, is affected by the foul odor of religious differences.

Even among his own followers, or those who at least agree with him on the question of independence, their objectives differ. Observe how Sarojini Naidu and Pandit Malaviya act. Gandhi preaches the use of khadi [handspun cotton cloth] to all and sundry, yet Mrs. Naidu wears silks, though she is a colleague in his fight for independence. Gandhi preaches and advocates the abolition of caste and religion, particularly in abolishing Untouchability, and his lieutenant in the Congress Party, Malaviya, does not adhere to it. Malaviya takes his cook to England with him, thinking that eating meals prepared by foreigners is irreligious. There are thousands in the Congress who do not accept this dictum of Gandhi’s at all, and that is why the party is not strong; the result of which will bode ill for the future.

Gandhi also advocates celibacy, though he himself is married and has children, and recently he arranged his son’s marriage. There are so many things like these which he recommends, but does not put into practice himself. Why preach such things which he himself can’t or won’t do?

It is this trait in his character, combined with two other great defects — vanity and inconsistency — which causes Gandhi to lose his influence gradually, and leads those who once admired him to oppose him today. Shaukat Ali was once Gandhi’s closest companion and he is now his staunchest opponent. Why? Because of that great dividing factor: the religious animosity and enmity between the Hindus and Muslims. The religious fanatics on both sides have nurtured and fostered this hatred to the extent that even in Congress there are the orthodox who color every political activity and action with their religious bigotry, and it is all authorized, approved and practiced by and with Gandhi. This leads to great antagonism which is now weakening the Congress party.

What can I say about [Gandhi’s] vanity? Too much of a thing always spoils a man. To raise one to the seventh heaven and to cry out “Mahatma Gandhi ki jai” has made him vain and brought him down.

Shaukat Ali has caustically remarked, “These things have gone to his head and made him [Gandhi] mad!”

Besides, his immediate attendants put up a great show and fuss in every activity, which shows that Gandhi has a taste for it. But it is the natural outcome of too much praise and adulation. This daily exhibition in all functions, public and private, has reached the limit. It is too prominent to conceal from a shrewd observer or a sincere soul, who never likes or desires such a show. Hence, there is the dislike of him by many who, in spite of their admiration for him at one point, have left and are leaving him in [droves].

The Perfect Master of Spirituality can do anything and everything. He can preach about things which he himself does not practice, and for his spiritual purposes he can do things according to the prevailing conditions and circumstances, because he is eternally free of all things and can undo their effects. This is something an imperfect person can never do, much less one who has no “wind” [breeze] even of spirituality [such as a political leader, like Gandhi].

The reactionary effects of all these preachings, fuss, sham, show and vanity are disastrous, causing a gradual erosion of any influence Gandhi has among his admirers and followers, however great. If Gandhi’s influence goes, the rise of youth will take place, which in its activity will resemble Russian communalism. The signs are already there, as we find them assassinating people in high places and assaulting them in broad daylight.

Although Jawaharlal [Nehru] sides with Gandhi in his objective for independence, his views, creed and activities are quite different from Gandhi’s.

On the 5th, regarding Britain, Baba said:

The British government will not grant anything more than what was settled on in the last Round Table Conference. There is a change of government and, except for [Prime Minister] MacDonald, no one has any sympathy for our cause. Gandhi, too, will not gain anything more by his presence than what has already been decided to be given. His personality and influence will have no effect at all. And if Gandhi tries to give in again to avoid a conflict, the Congress will not accept it.

Baba predicted a civil war erupting in India between Hindus and Muslims. “There will be a terrible massacre and slaughter of one another,” he stated. “It will also have its reflection on Europeans.

The common cause of nationalism and the objective of achieving independence are sacrificed for want of unity between the Hindus and the Mohammedans, and they are harming their own cause by bringing religion into the matter. No one understands religion, and all this strife and squabble is born of irreligiousness.

Gandhi, who goes to England as the chosen leader of the Congress and the spokesman for India, this time will have no influence, unfortunately, owing to various reasons of conflicting ideals and party politics. Not only will his influence fail with the British people, but his influence will fall considerably even with his own people, the Indians, to the extent of failure. And with Gandhiji’s influence gone, and “communalism” coming in, civil war will follow.

This is all very sad for poor India and for Britain, too. But sadder times are still to come before the sun of the New Era of peace and prosperity dawns on the world, for such is ordained.” 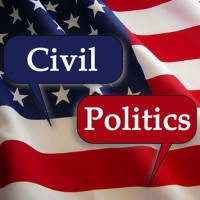 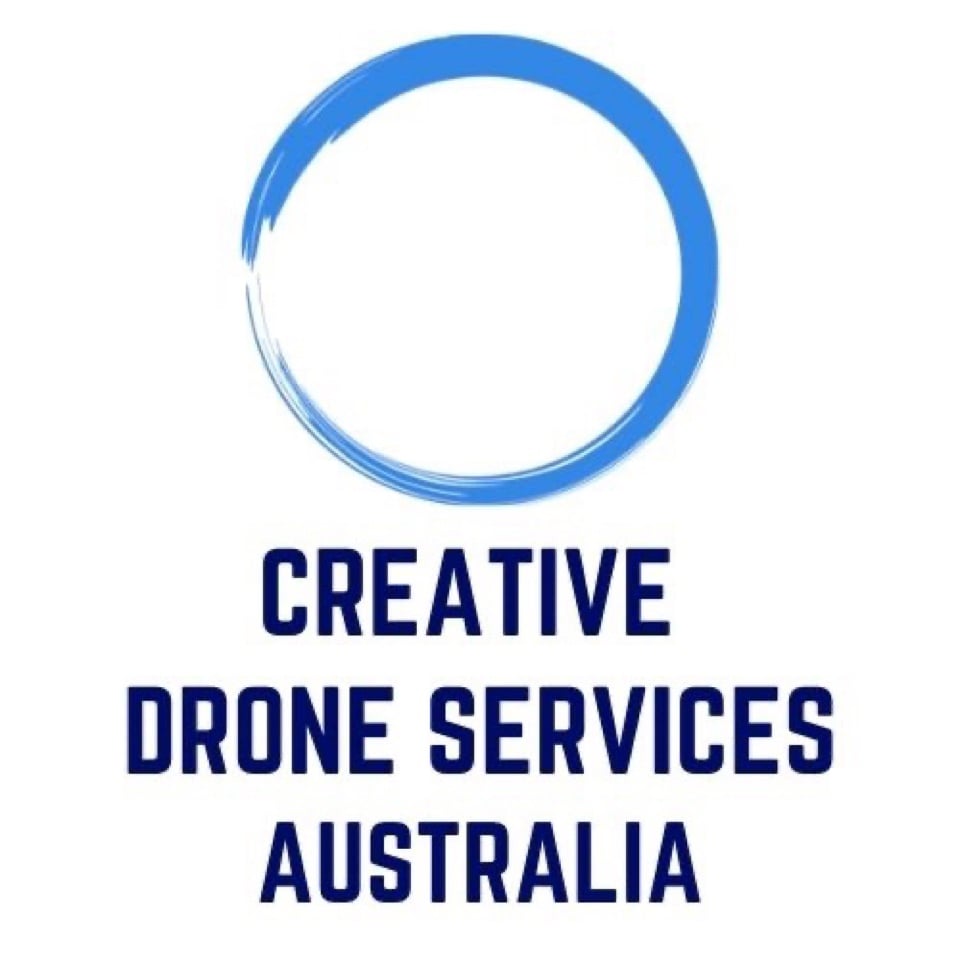 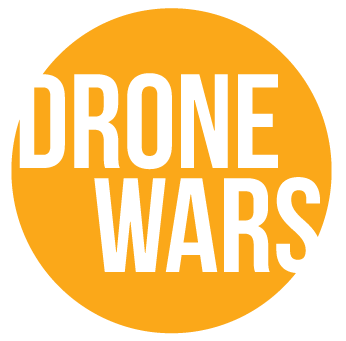 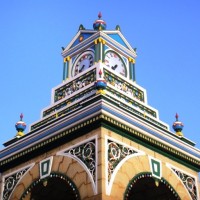 In praise of possibility

For the political economist Albert O Hirschman, democracy thrives not on strong opinions but on doubt and flexibility

WORD OF THE DAY Isochronous i-SAHK-rə-nəs Part of speech: adjectiveOrigin: Modern Latin, early 18th century 1Occurring at the same time; occupying equal time.   Examples of Isochronous in a sentence “The TV shows were isochronous, fighting for Nielsen ratings.” “Isochronous discussions about tax reform and infrastructure were happening in separate chambers.”

YOUR INSIGHT OF THE DAY

YOUR INSIGHT OF THE DAY Define success on your own terms, achieve it by your own rules, and build a life you’re proud to live.Anne Sweeney – American Business Woman-Former President of The Disney Channel

Why “Fire” a Client!

My mission is simple. I want to help successful people achieve positive, lasting change in behavior; for themselves, their people, and their teams. I want to help you make your life a little better. Thank you for subscribing! Life is good. 6 Reasons to “Fire” Clients! As consultants, we advise our […] 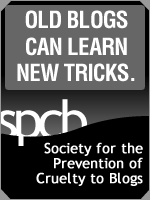